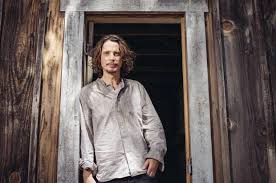 This past Wednesday, May 17, 2017, Chris Cornell hung himself. These deaths rip me to the bone. The first suicide that touched me was Kurt Cobain. I was 27 and he was 27. I couldn’t believe someone like me could be driven to that final desperation. I didn’t realize at the time just how lucky I was that no one close to me had committed suicide, and even luckier that I’d not struggled with suicide thoughts myself. But unfortunately, they would come.

In this age of Facebook, opinions about suicide run amok. I mostly encounter expressions of sadness and shock, but unfortunately there are also expressions of anger and hate. It’s understandable to feel hopelessness when someone leaves this world — they’re leaving a lot of loved ones behind. But allowing hopelessness to morph into anger and hate is an unloving choice. It hardly honors the person we’ve lost, and it fails to honor ourselves as the ones left behind.

PEOPLE WHO COMMIT SUICIDE ARE NOT SELFISH. THEY WERE IN UNBELIEVABLE PAIN.

PEOPLE WHO HAVE DEPRESSION ARE NOT WEAK.
THEY ARE INCREDIBLY STRONG FOR HANGING IN THERE ANOTHER DAY.

AND IF THEY GIVE UP AND CHECK OUT OF THIS WORLD, IT’S NOT ABOUT THE SURVIVORS. IT WAS ABOUT A PAIN WE CAN’T IMAGINE.

BEFORE YOU SAY SOMETHING INSENSITIVE ABOUT SUICIDE, CONSIDER THAT 50% OF ALL AMERICANS HAVE STRUGGLED WITH SERIOUS SUICIDE THOUGHTS AT LEAST ONCE IN THEIR LIFE. SO IT’S VERY POSSIBLE SOMEONE IN THE ROOM WITH YOU IS STRUGGLING AND YOU DON’T KNOW IT.

YOUR INSENSITIVE WORDS MAKE IT LIKELY YOUR LOVED ONES WILL NEVER TELL YOU WHEN THEY’RE STRUGGLING. IS THAT WHAT YOU WANT?

The pain of depression is so horrible, it’s incredibly difficult to describe to someone who’s not been there. But let me try. When I’m not on my meds, my suicide thoughts attack me in two ways:

What you may not know about depression is it takes a long time to recover, sometimes years. It took a lot of trial and error with medications before we found that Lithium reduced the frequency of my suicide thoughts. But it took a year of taking Lithium for my thoughts to go away. They now make their appearance every few months and only last for a 3-5 days, which is manageable.

IMAGINE DEALING WITH SUCH A DAILY HELL FOR MONTHS OR YEARS ON END. That is the reality for many depression sufferers. Can you understand how some people get to the end of their rope and let go?

So what should you say when someone has committed suicide? It’s very simple. Just say “that makes me so sad” and leave it at that. If it’s someone you know, ask what you can do to support the family.

But really, don’t judge. Have compassion. Show empathy. Be nice.

GET YOUR COPY! My new book “100 Days of Mindfulness”

IT'S HERE! My new book "100 Days of Mindfulness: Presence" - A daily journal to soothe anxiety, stress, and emotional distress through mindful living."

Track your daily mood and depression symptoms with this easy to use tracker.